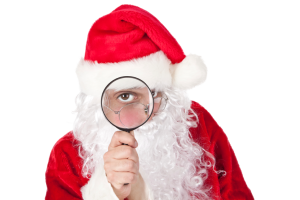 According to a new international survey on Internet security and trust, 64% of users are more concerned today about online privacy than they were compared to one year ago. That’s a big figure and it’s hardly surprising.

Following the Snowden revelations of spying by the NSA, even big data players like Facebook have been taking steps to address long standing privacy concerns and reassure users that they at least pay lip service to online privacy.

The survey also claims that almost 40% of those who are aware of the Snowden revelations have taken steps to protect the online privacy as a result and that’s good news. Many may have changed their browsing behaviour or search engine, others will have looked at using Tor or a VPN or taken steps to improve their mobile privacy.

The fact is that Privacy is now becoming THE big issue for internet users and we foresee it becoming even bigger in 2015 with ‘privacy by default’ becoming a major selling point for companies, organisations, social media, software and app developers.

People are now in the market for privacy related products and those companies that are best able to deliver will likely become the next big players. And you can bet that governments and their agencies around the world will be paying equally close attention.