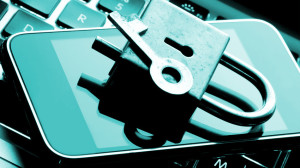 Use of VoIP (Voice over Internet Protocol) has become extremely popular over recent years with services like Skype becoming household names.

VoIP allows you to make calls, both talk and video and instant messaging over the internet. Thus allowing for very cheap and often free calls to anywhere in the world.

And as all of these ‘conversations’ are encrypted they should also be completely private. However, as Skype demonstrated, these conversations may well be secure but if the service provider just hands over those conversations to the NSA or some other government organisation, this security is next to meaningless.

Wickr encrypts texts, pictures, videos, audio files and documents when sent to other Wickr users. Your messages, etc can be set to self destruct and you can clean your device completely of deleted files. No conversations can be tracked or monitored by Wickr or anyone else. (Android, iOS) Full review and user reviews.

TextSecure from Whisper System’s (who also supply RedPhone) replaces your Smartphone’s default text app with one that encrypts texts to other TextSecure users, and encrypts all local messages so that if your phone is stolen they will remain secure. (Android only) See user reviews here.

Cryptocat encrypts your iPhone texts to other Cryptocat users. Even the Cryptocat network itself can not read your data. (iOS only) User reviews and our review here.

Whatsapp now includes end-to-end encryption on messages by incorporating Whisper System’s TextSecure protocol into the app. At the moment this is only available in the latest version for Android. An iOS version is on the way.

Also note that only user-to-user messages in the Android version are encrypted at the moment. Support for group chats and media messages containing pictures and videos will also be rolled out soon.

Many people don’t bother with anti-virus software for their mobile devices. But as smart phones and tablets become more sophisticated and powerful they become more vulnerable to attack by viruses and malware and should therefore be protected in the same way as desktops and laptops.

Lookout protects your smartphone from viruses and malware by scanning all your apps, emails etc. Includes contact backup and a device location finder. Additional features in the premium version. (Android, iOS) See our full review here.

LBE protects your privacy by controlling the access permission of each app and also blocks malicious operation from malware and trojans. Rooted Android phone required. (Android only) Check out our review here.