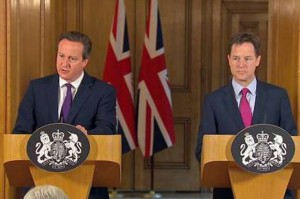 The controversial bill was rushed through Parliament with the agreement of all three major parties earlier this week and now only awaits Royal Assent.

It was back in April when the European Court of Justice struck down the Data Retention Directive for being incompatible with human rights.

Since when the Home Office have insisted that throws doubt on existing regulations and could mean communications companies begin deleting vital data used to investigate and prosecute serious crimes.

In order to ram through the legislation without proper debate the government created a ‘theatrical emergency’ – in this case terrorism and hidden paedophile rings. As usual the Government is uncritically swallowing what it is fed by the security agencies.

The usual cry of ‘no cause for concern’ and ‘only replacing existing legislation’ has not assuaged critics who point out that such arguments are identical to those rejected by the committee of the Lords and Commons that reviewed the Government’s proposed ‘snoopers’ charter’ earlier this year and which led to that being thrown out.

In particular the claim the legislation only impacted on ‘communications data’ – or ‘metadata’ – not the content of our phone calls, etc.

Many now argue that metadata has become even more informative than the content.

After all, the content of a call only tells you what was said; metadata tells you where you have been, who you have talked to and when.

Every Government’s record on hasty legislation is poor, particularly in relation to anti-terrorism. Given insufficient time for scrutiny there are problems with poor drafting and unforeseen consequences.

Once again your rights and freedoms are taken away from you and all in the name of keeping you safe the bogeymen.