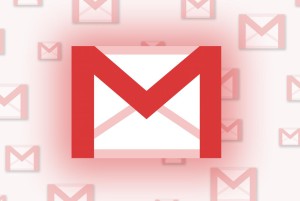 Google and long been accused of breaching user’s privacy but the latest furore stems from a case where it reported a known child abuser to the authorities for transmitting child pornography images over gmail. Something the vast of people would surely applaud.

Indeed the law has required service providers to report apparent violations of child pornography since the 1990s and to date the courts have rejected any Fourth Amendment challenges to these requirements.

Google itself committed itself in 2006 to remove child pornography from the Web and identify its traffickers and it’s email policy states:-

“Google has a zero-tolerance policy against child sexual abuse imagery. If we become aware of such content, we will report it to the appropriate authorities. …”

“Our automated systems analyze your content (including emails)….to provide you personally relevant product features, such as customized search results, tailored advertising, and spam and malware detection. This analysis occurs as the content is sent, received, and when it is stored.”

Microsoft has also been in the news last week for also reporting a Pennsylvania man after discovering that an image involving a young girl had been allegedly saved to the man’s OneDrive cloud storage account.

“Child pornography violates the law as well as our terms of service, which makes clear that we use automated technologies to detect abusive behaviour that may harm our customers or others,”

“In 2009, we helped develop PhotoDNA, a technology to disrupt the spread of exploitative images of children, which we report to the National Center for Missing and Exploited Children as required by law.”

PhotoDNA creates a unique signature for each image, similar to a fingerprint, to help pictures be matched. Google also uses PhotoDNA as do Facebook, Twitter, among others.

However many took to Twitter and elsewhere to voice their concerns over yet more signs of Big brother style intervention.

Email services are seen by many as a particularly sensitive area where people expect some privacy. The U.S. Postal Service isn’t allowed to open a first class letter without a warrant and yet if you buy something from Amazon and receive an emailed receipt, Google knows about your purchase, and if a doctor emails you test results, Google knows your medical condition.

What if another 9/11-style attack or some global pandemic creates a huge cultural panic, who is to say that the tools being perfected to catch child pornography won’t be turned on the rest of us? Or if the measures don’t work will even stronger measures be called for like banning anonymity and privacy tools altogether.

Check out the Secure Email section in our Privacy Toolbox for alternatives.